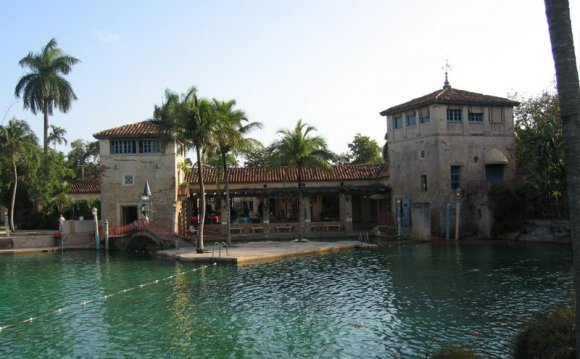 Originally a rock quarry, the Venetian Pool is found in a domestic part of Coral Gables. Pre-owned as a supply of coral stone for construction during the very early many years of Coral Gables, the quarry ended up being later turned into a public pool. Coral Gables Corporation designer Phineas E. Paist and creative consultant Denman Fink designed a pool prompted by the lagoons of Venice. The Venetian Pool had been finished in 1924. The share is surrounded by a few Spanish style buildings, a garden patio and a grotto. The grotto is carved from the coral rock for the quarry wall space with waterfalls, a cave and a rock scuba diving system. Spanning one part of the pool is a Venetian design bridge ultimately causing an artificial island with large hand trees. The terra cotta roofing tiles, observance towers and loggias for the share's structures carry on a tradition of Mediterranean-inspired design found throughout Coral Gables.